How many times have you been in a situation where you are locked out of your Android phone? Unfortunately, we all have been there! One of the common reasons for this is when you purchase a used device from a third party without unlocking the device for FRP (Factory Reset Protection).

We tested a few of the most popular Android lock screen remover and found the three that stood out in terms of types of screen lock removal support, device compatibility, types of device support, and overall value.

PassFab Android Unlocker is a popular Android lock screen unlock tool available online. It comes with all the tools that you would need from a password unlocker utility. It allows you to remove PIN, Fingerprint, and password lock from your Android device.

PassFab Android Unlocker features a three-step Android lock screen unlock feature, making it easier to remove passwords from any device. However, it is important to note that you will lose all the data stored on your device when attempting to unlock the device.

Using PassFab Android Unlocker is easy. Once you have installed the software, launch the tool and click on Remove Screen Lock. If you have a Samsung device with an FRP, select Remove Google Lock (FRP) instead. Next, connect your locked Android device to the PC. 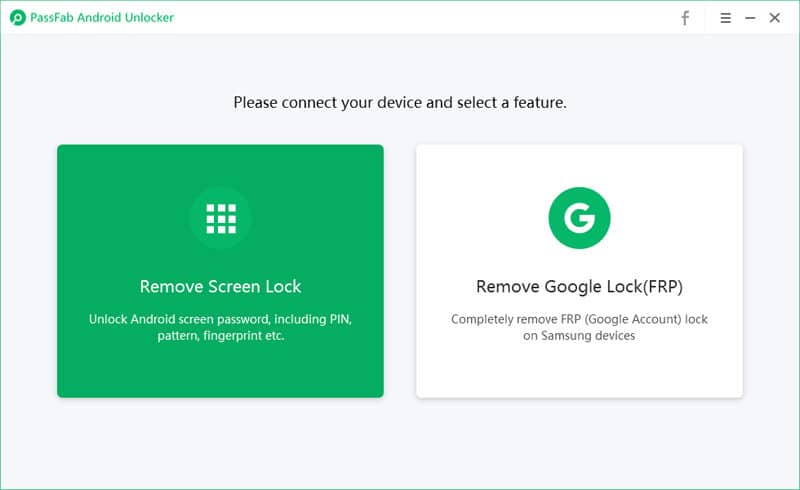 Once your device is detected, click on the Start button on the prompt screen. As discussed earlier, removing the screen lock will erase all the data stored in the device’s internal memory. So, click Yes to proceed. Then, wait for the process to complete and show 100%, and a success message will appear, and your Android device will be unlocked. 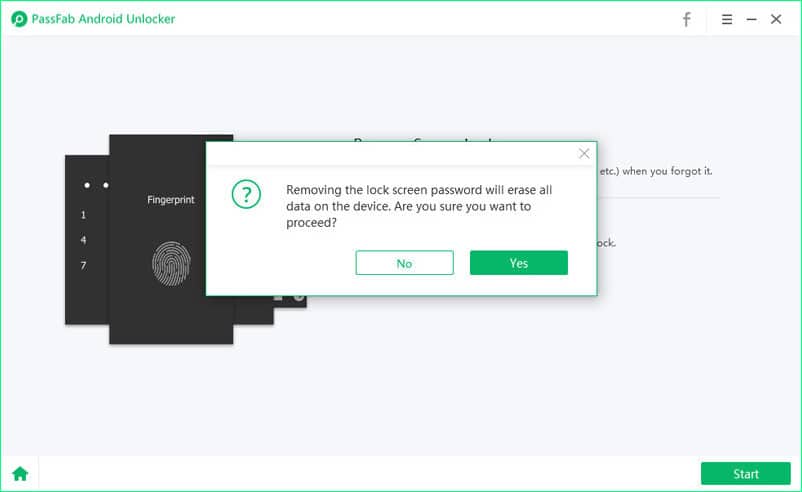 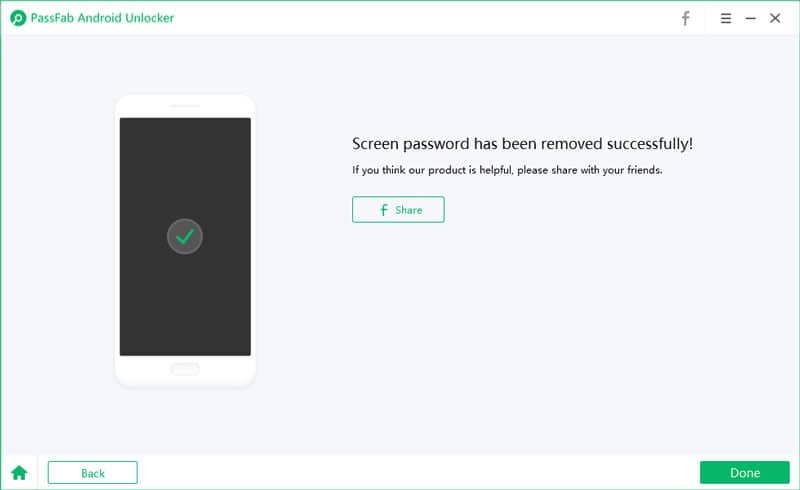 PassFab Android Unlocker is an excellent Android password remover. You can unlock fingerprint, PIN, and pattern locked devices with just a few clicks. While the data on your device will be deleted, you will regain access to your device fully.

Dr.Fone Screen Unlock (Android) is based on the same principle as PassFab. It claims to remove the Android lock screen in just under five minutes. It also supports multiple types of screen lock types, including pattern, PIN, password, and fingerprints.

An interesting feature of Dr.Fone Screen Unlock (Android) is that you can unlock Samsung and LG smartphones without data loss. It also does not require you to have any tech knowledge and works on all the major Android smartphones, including Samsung, Huawei, LG, Xiaomi, etc.

Dr.Fone Screen Unlock (Android) offers two modes to unlock the Android screen lock – Standard mode and Advanced mode. In Standard mode for selected devices, it can unlock the screen without data loss. If your device is not among the devices listed by Dr.Fone, you can use Advanced mode, but the data will be lost.

Using Dr.Fone Screen Unlock is easy enough. Once you have installed the software, launch the software and connect your smartphone to your PC. Wait for the Android lock screen removal tool to detect your phone. 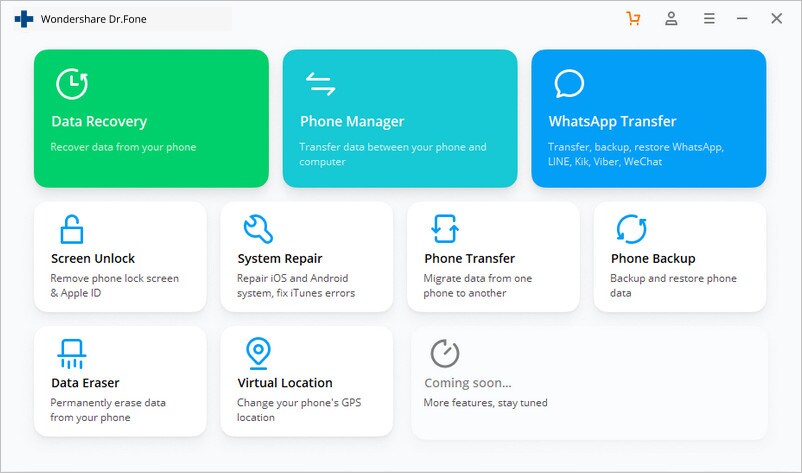 Choose the Screen Unlock option and then click Unlock Android Screen on the software. Next, you have to select your device model from the list. Then, put your phone into Download Mode by following the on-screen instruction. 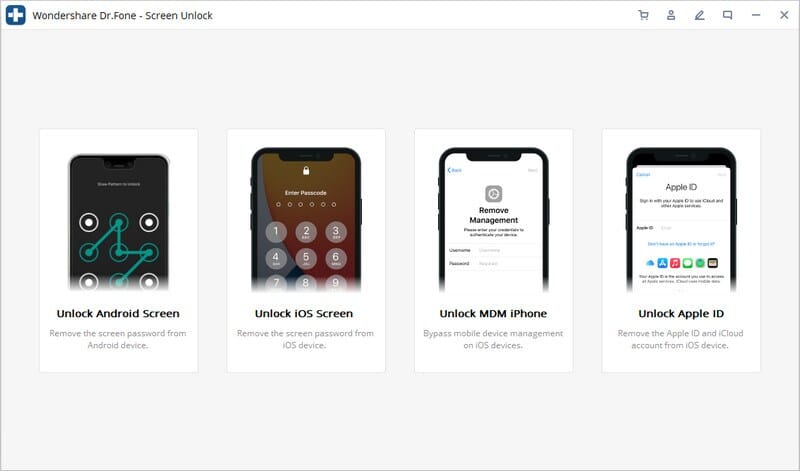 In Download Mode, Dr.Fone will download the recovery package. Once the download is complete, click Remove Now, and the process will begin. Wait for the unlock process to complete and unlock your Android device without data loss. 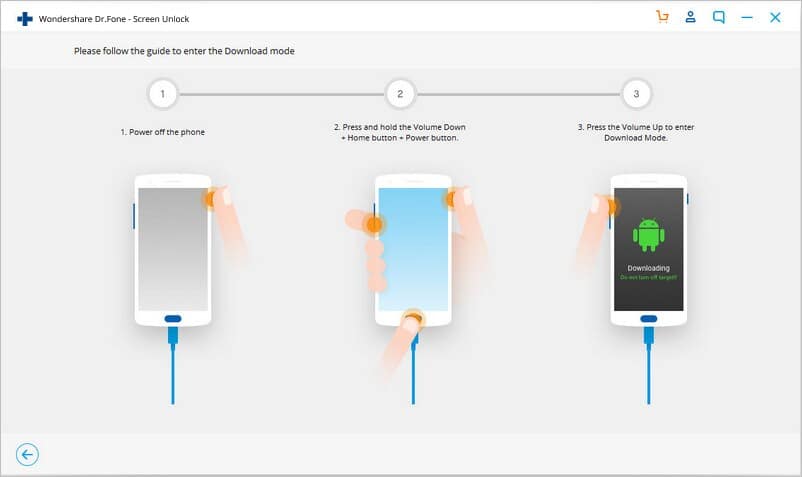 If Dr.Fone does not support your device in Standard mode, proceed with the Advanced mode to unlock the device. However, in Advanced mode, the device will be erased, so make sure you have a backup ready.

What sets Dr.Fone Screen Unlock (Android) apart from its competitors is its ability to remove screen locks on Android devices without data loss. Although it is limited to a few devices, it is a handy feature to have.

iMyFone LockWiper (Android) works similarly to other Android password removal tools we have mentioned earlier. While the functionality remains the same, it has some unique features to set it apart from its rivals.

With iMyFone LockWiper (Android), you can remove Factory Reset Protection and reset your device to factory default. It supports over 6000+ Android devices and tablets, including devices running on the latest Android 10.0.

Like PassFab Android Unlocker and Dr.Fone (Android), iMyFone LockWiper (Android) also supports all screen lock types, including PIN, pattern, password, fingerprint, and face lock. On Samsung devices, it can unlock the screen without data loss, which is a great feature to have if you have sensitive data on your device.

It comes with a clean user interface which makes it easy to use the software. To remove the Android lock from your phone, begin with installing the tool on your Windows computer.

Launch the app and choose from Remove Google Lock (FRP) or Remove Lock Screen mode. Next, connect your Android device to your computer via the USB cable.

If you use FRP Mode, you will need to provide additional information to download the firmware package. Once the package download is complete, proceed to install the data package into your device. Next, follow on-screen instructions to finish the process.

iMyFone LockWiper (Android) is a handy Android lock screen removal tool that allows you to remove various Android locks with ease. Unlock without data loss feature is an enticing feature for anyone looking to unlock their Android device without erasing the data.

Comparison of the Best Android Lock Screen Removal Software in 2023

Some Android lock screen unlockers offer no data loss feature to unlock selected devices without resetting. However, if your device is not supported, then a reset is must to unlock the device.

Can you bypass Android lock screen?

How can I unlock my Android password without resetting?

On device older than Android 7.1, you can use Find My Phone to unlock your Google account. However, on new version of Android, you can use iMyFone LockWiper to unlock the device without resetting by installing the update package.

Which models are supported to remove the Google Lock?

FRP on Android devices is designed to protect them from unauthorized factory reset due to theft. However, this security feature can become annoying if you have forgotten the lock screen password or got a device with no unlock details.

Fortunately, there is Android lock screen removal software that you can use to bypass the lock screen and gain access to your device. All the password removal tools in this list can remove lock screens on new and old Android devices and save your money spending on repair shops.