If you’ve been a Windows user for as long as you can remember, you may already know how Windows 10 is a lot quicker in booting up compared to the older versions like Windows 7. This is mostly due to Windows 10’s Fast Startup feature, which is turned on by default. Fast Startup was first introduced alongside Windows 8, and it has only gotten better ever since.

Typically, you’d expect Windows to discard the system state and all the running programs when you shut down a computer. But that’s not how it works in Windows 10. To make use of Fast Startup, Windows 10 saves the system state to your disk after discarding all the open programs. So, the next time you turn on your computer, Windows just restores the kernel and boots up the rest of the system. As you can probably tell, the feature is kind of a mix between a regular shutdown and hibernation. All in all, this means is that shutting down your computer simply doesn’t fully shutdown Windows 10.

Having said all that, we do have good news for you. A full shutdown can still be performed on Windows 10 devices if needed. There are two different ways to go about it. Here, we’ll be taking a look at both the methods on how to perform a full shutdown on Windows 10.

Also Read: How to Set Auto Shutdown on Windows 10

Method 1. How to Perform a Full Shutdown on Windows 10 Using Shift Key

This might be the technique most users prefer since it’s almost identical to how you’d perform a normal shutdown, except that you’ll pressing an additional key to initiate the full Windows 10 shutdown. Here’s what you need to do:

Step 1. Click on the Windows logo from the taskbar to bring up the Start menu, and then click on the Power icon located right above it. 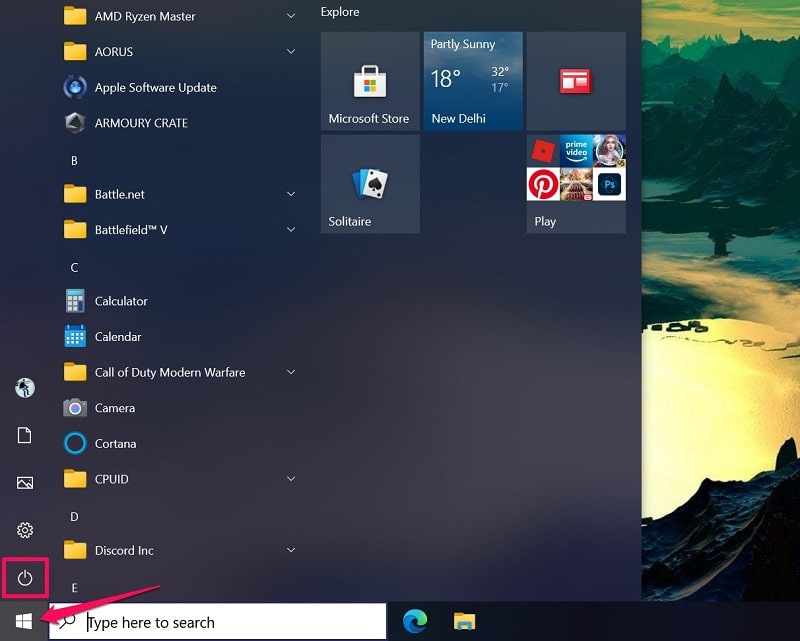 Step 2. This will give you access to the Sleep, Shut down, and Restart options as usual. Now, instead of simply clicking on the Shut down option, press and hold the ‘Shift’ key on your keyboard while selecting Shut down. 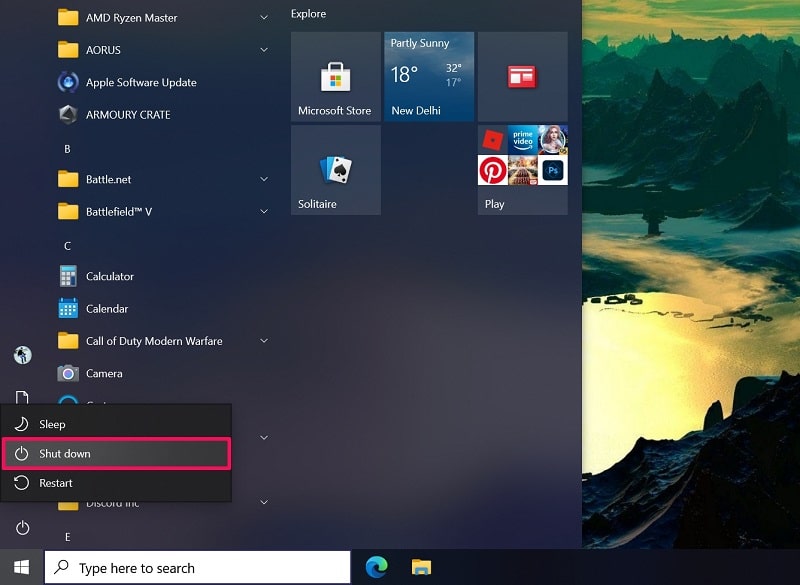 That’s pretty much all you have to down. You’ll see the Shutting down as you normally would. But this time, Windows 10 won’t be saving your system state. As a result, your computer may take slightly longer to boot up into the desktop fully.

Moving on to the slightly more complicated procedure, we’ll be looking at how you can utilize Command Prompt on Windows 10 to shut down your computer fully. Of course, you’ll need to type in a custom command line which isn’t ideal if you don’t have a lot of time on your hands. Without further ado, let’s check out the steps:

Step 1. Type Command in the Windows search bar and then right-click on Command Prompt from the Start menu search results. Now, choose ‘Run as administrator.’

Step 2. Once the Command Prompt window opens up, type in the following command line and hit the ‘Enter’ key on your keyboard.

Step 3. The above command line only shuts down the system, but if you want it to reboot after shutdown, use the following command line instead and press ‘Enter.’ 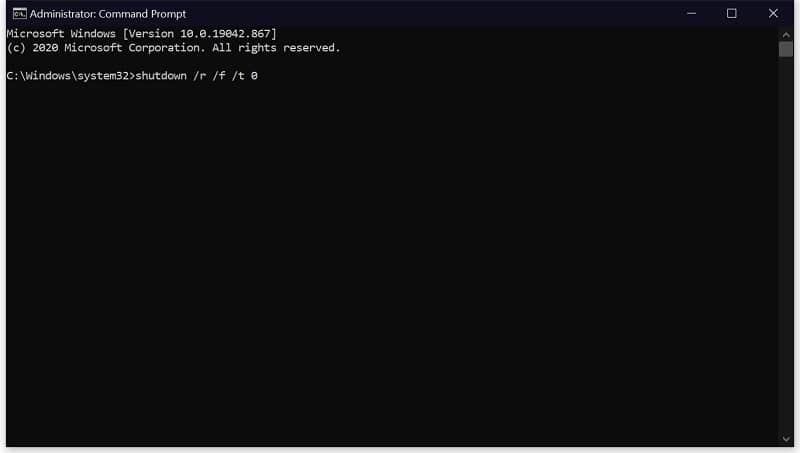 There you go. Now you know how to force Windows 10 to discard the system state during a shutdown too. Note that this only works if you launch Command Prompt as an administrator.

Apart from the two methods that we just discussed, there’s one other easy technique that you can use to fully shutdown Windows 10. If you choose to Restart your computer instead of shutting it down, Windows will dump the system state. This is one of the reasons why you’re recommended to reboot your computer to troubleshoot system problems or be prompted to restart after installation or uninstallation of certain programs.

If needed, you also have the option to disable the Fast Startup feature permanently. This can be done by going to Control Panel -> System and Security -> Power Options and unchecking the box next to Turn on fast startup.

We hope you were able to finally learn how to shutdown Windows 10 completely and force it to discard the system state. Do you know any additional ways to fully shutdown Windows 10? If so, feel free to share your tips in the comments section down below. You can use it to type in your valuable feedback too.