Run, is an incredibly convenient command for accessing specific programs in a quicker way. The Run Command window in Windows 10 can be used to open an application or documents directly using its known path.

The question is, “Do you know how to open the Run command window in Windows 10?” For those that do not, we’ve compiled a list of seven different methods detailing exactly how you can open the Run dialog box.

The easiest and most straightforward way to open the Run dialog box in Windows 10 is by using a keyboard shortcut. To open Run Command, simultaneously press the Windows and R keys on your keyboard. 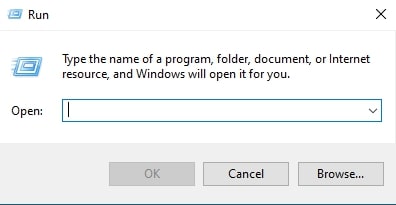 Another rather easy method to open the run command is through the Windows 10 taskbar search box.

Step 2. Select the “best match” Run, which will be the app, and left-click it. 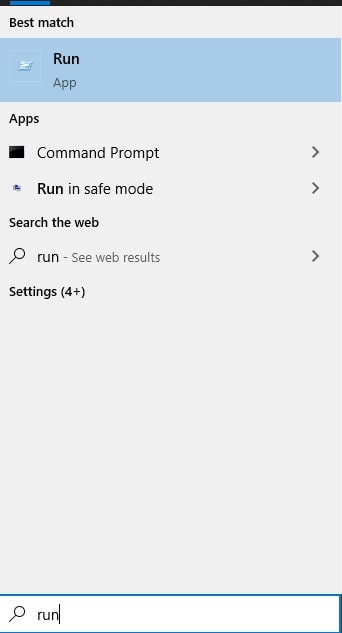 The Run command will now successfully have been opened. From here, type in the command line or path necessary to access the specified folder or program.

You can also choose to locate the Run Command by scrolling through the Start Menu list of applications.

Step 1. Open the Windows Start Menu by clicking the Windows icon found at the lower left of the desktop screen.

Step 2. Scroll down the list of apps until you find the Windows System folder. 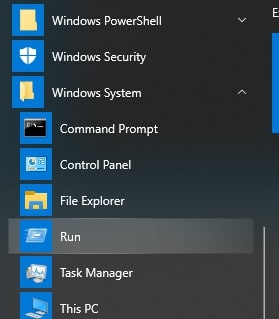 Step 3. Expand the folder, locate Run, and left-click it.

You now have access to the Run Command dialog box in Windows 10.

The first way to open the Quick Access Menu is to use shortcut keys. Pressing the Windows and X keys together will pull up the menu.

The second way to open the Quick Access Menu is to right-click the Windows icon located at the lower left of the desktop screen.

Once the Quick Access Menu has been opened, you can select Run from the list to launch the Run command window in Windows 10.

The command will then prompt the Run Window in Windows 10 to pop up.

This method requires yet another command line. This time, we’ll be doing so within Windows PowerShell.

Step 2. Then, type in the following command:

The Run command window will immediately pop up on the screen toward the lower-left portion.

Method 7. Open Run Command Window in Windows 10 via the This PC

The seventh and final method on our list will show you how to open the Run dialog box via This PC.

Step 1. Navigate to This PC via File Explorer. 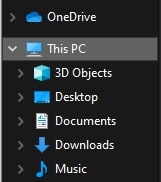 Step 2. Type Run into the search box located at the top-right. It could take some time for Windows to compile all files and folders containing Run. 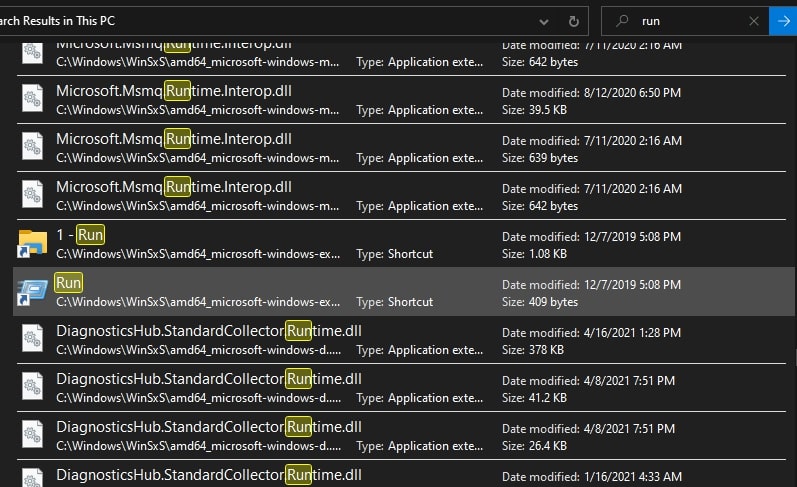 Step 3. Once the search is concluded, locate Run and double-click it to open the Run Command window.

FAQs About The Command Window in Windows 10

What’s So Useful About The Run Command Window in Windows 10?

So long as you know the proper command, Run can make it easier to locate and open the file, folder, or program you’re looking for. The Run dialog box can make the whole process of locating a specific file or program a far easier and efficient affair. Instead of clicking through multiple tabs, windows, and the like, you need to do nothing more than type in a command and be on your way.

What Are Some Of The More Useful Run Commands I should Know?

There are plenty of frequently used commands useful for day-to-day use, depending on how often you’re at your PC. Memorizing these commands will streamline the process of accessing different Windows settings and apps.

Some of the more common executable commands within the Run dialog box are:

The Run Command window for Windows 10 is a great tool, designed to cut through additional steps in an efficient manner. Understanding the tool and memorizing some of the more useful commands, can cut seconds, possibly minutes, off your time when attempting to locate a file, folder, or program.