You will, of course, need to set up a bootable USB flash drive first. You can set up a basic bootable Windows 10 USB stick with the Windows 10 Media Creation Tool. Such a drive will come in handy for reinstalling Windows 10 if ever you need to.

When you have some form of bootable USB stick, you’ll need to have that drive inserted in a USB port during a PC’s boot-up sequence to utilize it. However, there are still three different methods for booting from USB drives on Windows 10 PCs. Two of those methods enable you to boot from a USB drive without logging in to Windows 10. This is how to boot from USB in Win 10.

Method 1. Make Your Windows 10 Boot from a USB Flash Drive via PC Settings

Users who’ve set up bootable recovery drives on USB sticks might still want to utilize them even when they can still log in to Windows 10. This first method enables you to boot from a bootable USB drive via Settings by restarting your PC at the boot options menu. Note that this method is only applicable for UEFI-based PCs, which most desktops and laptops that come with Windows 10 and 8 pre-installed are. You can boot from flash drives in Windows 10 via Settings as follows.

Step 1: First, insert a bootable USB drive into your Windows 10 laptop or desktop.

Step 2: Press the Windows key and I simultaneously, which is the keyboard shortcut for opening Settings.

Step 3: Next, select “Update & Security” to open tabs and options that fall within that category.

Step 4: Click “Recovery” on the left side of Settings. 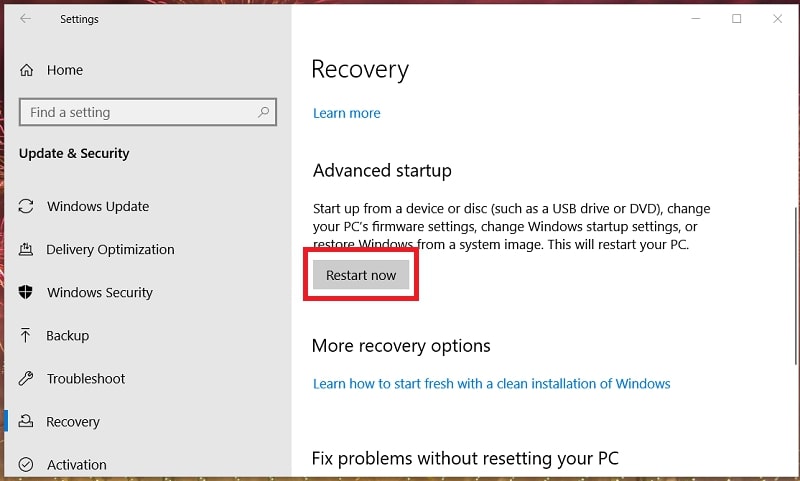 Step 5: Press the “Restart now” button under the “Advanced startup” subheading. Your PC will restart on a blue menu like the one in the shot directly below. 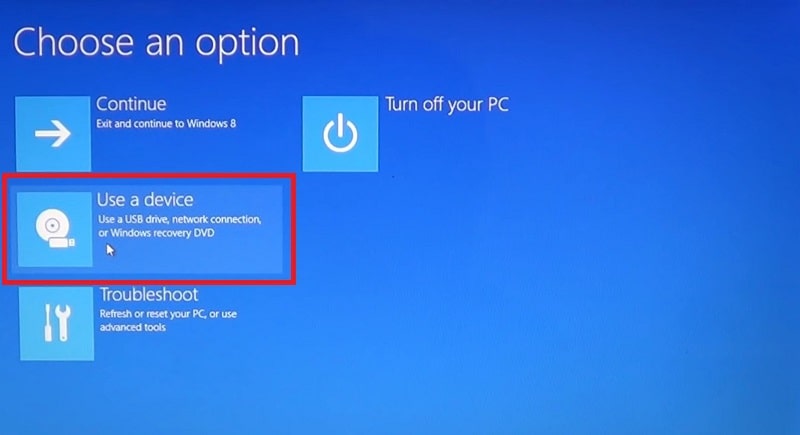 Step 6: Select the “Use a device” option to open a list of devices to boot from.

Step 7: Finally, select the “EFI USB Device” option to restart your Windows 10 PC again. Now it will restart and boot from the flash drive you inserted in your PC’s USB port.

Method 2. Boot Windows 10 Computer from USB via the Boot Menu

If you don’t have a UEFI Windows 10 PC, this is the boot method for you. Many PCs have a boot menu you can access during the system startup. That menu enables you to select to boot from a specific device without needing to change the PC’s default boot order. Furthermore, you don’t need to log in to Windows 10 for this method. You can boot from flash drives outside Windows 10 as follows.

Step 1: Plug your bootable flash drive into a USB port before turning your PC on.

Step 3: Then press the Boot Menu key for your PC almost immediately after turning it on when it’s booting up. The Boot Menu list below includes a variety of alternative keys for different PC brands.

Step 4: A select boot device menu should then open. Select the USB device boot option on that menu.

Method 3. Boot Windows 10 Computer from USB via the BIOS/UEFI

Step 1: Turn on your Windows 10 desktop or laptop.

Step 2: To enter the BIOS (Basic Input Output System) on older Windows 10 PCs, you’ll need to press the BIOS key for your PC when it’s booting up. Those keys also vary between desktop and laptop brands, but F2, Delete, and F12 are among the most common BIOS keys. You can probably find the BIOS key details for your PC on the manufacturer’s website.

Step 3: When you’ve entered the BIOS screen, look for and select a Boot tab there. 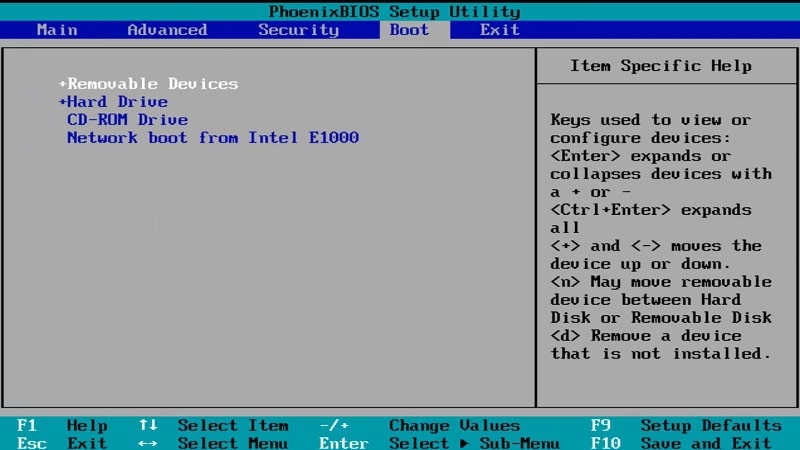 Step 4: Select “USB” or “Removable Devices” in the boot list.

Step 5: Press the + key on your keyboard to move the selected device category to the top of the boot list.

Step 6: Select a “Save & Exit” option in the BIOS, which might have an F10 keyboard shortcut.

Step 7: Insert a USB drive you want your PC to boot from when it restarts. This is an optional step because your PC will boot from an inserted flash drive whenever you start it once you’ve changed the boot order.

Step 8: Then select a “Save” option to confirm and restart your desktop or laptop.

The above steps are for older Windows 10 PCs with BIOS settings. Most recent Windows 10 and 8 PCs have UEFI firmware settings you’ll need to access from the blue boot options menu. You can access that menu as outlined within the first five steps of method one. Select “Troubleshoot” and “Advanced Options” from there. Then select the “UEFI Firmware Settings” option to open a firmware menu screen.

When you’re in the UEFI firmware settings menu, locate a Boot menu/tab there. That tab or menu will list your PC’s boot order like the BIOS one. Select a “Removable device” or “USB” category there, and then press the + key, or other specified keys, to move it to the top of the boot order list. Save the new boot order settings and exit the UEFI firmware options.

Whether you change the boot order via BIOS or UEFI settings, doing so will make your PC always boot from a bootable USB device plugged into your PC during system startup. Methods one and two do not alter the boot order of your PC. You’ll have to undo the changes via UEFI firmware settings or the BIOS to restore the original boot order.

What’s the difference between UEFI firmware and BIOS Windows PCs?

UEFI (Universal Extensible Firmware Interface) is an updated form of the BIOS system configuration settings introduced within the last decade or so. UEFI has replaced the BIOS on newer PCs with Windows 10 or 8 pre-installed on them. If you’ve installed Windows 10 on a more dated PC that originally came with an older platform, it might have a BIOS instead.

Are there any third-party software packages I can set up bootable Windows 10 USB drives with?

Yes, Rufus is one of the more notable third-party software packages for creating bootable USB sticks. That’s a freeware utility you can download from its Softpedia page. If you want the easiest one, try PassFab for ISO.

Can I boot from bootable USB sticks on platforms other than Windows 10 with the methods outlined above?

Sure, methods two and three are also applicable to PCs with older Windows platforms installed on them. You can use a bootable USB drive to upgrade your PC from Vista, 7, or 8 to Windows 10.

Does my USB drive have to include a Windows OS to be bootable on Windows 10 PCs?

No, USB drives that include other operating systems, like Ubuntu (Linux), will also be bootable on Windows PCs. Some users utilize bootable USB drives to try out non-Windows platforms without installing them on hard drives. However, your PC will still need to meet the minimum system requirements for a platform on a bootable USB drive.

The above methods for booting Windows 10 from bootable USB drives are relatively straightforward. However, entering and configuring BIOS/UEFI boot order settings, as required for the third method, might be a little daunting for some users. If you don’t wish to change the boot order of your PC, stick to methods one and two.

Most users will probably never really need to boot from their bootable USB sticks. Yet, bootable USB drives can be invaluable for system recovery in rare situations when users can’t log in to Windows 10. So, it’s worth setting up a bootable USB flash drive as a precautionary measure if you don’t already have one.