Windows XP includes a Show Desktop button on the left side of its taskbar beside the Start menu. That button automatically minimizes all open taskbar windows when you click on it to reveal the desktop behind them. Therefore, the Show Desktop shortcut in XP provides a quick way to get back to your desktop without needing to minimize multiple windows manually.

The original Show Desktop button in Windows XP is not on the Windows 10 taskbar. It got replaced by an alternative Peek button on the far right of the taskbar in more recent Windows platforms. With the Peek feature enabled, you can hover your cursor over that button to view a preview of the desktop. Clicking that button will automatically minimize all open windows much the same as Show Desktop.

However, some users prefer the original Show Desktop button in Windows XP. That button is more visible because it has an icon. Users can hardly see the tiny Peek button squashed up on the far right of Windows 10’s taskbar. XP’s Show Desktop icon is a true taskbar button that’s more accessible by the Start menu.

Step 1: First, right-click a space on the Windows 10 desktop and select “New” on the context menu. 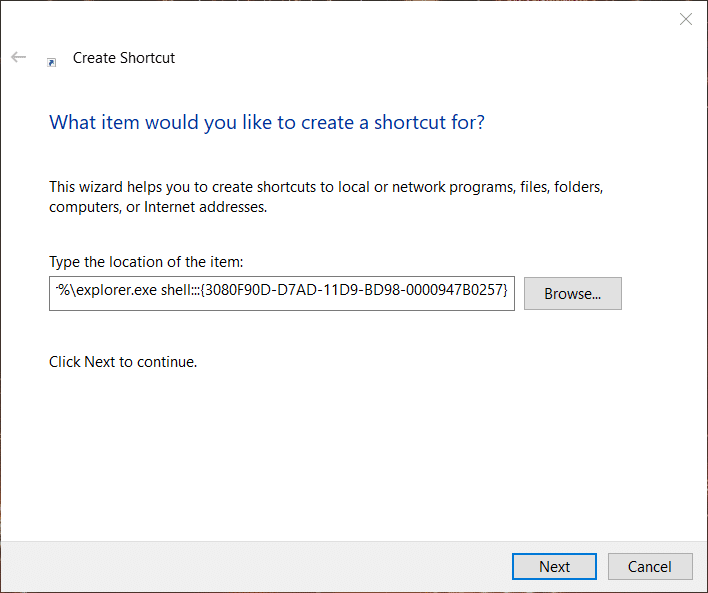 Step 4: Press the “Next” button to continue.

Step 5: Then type “Show Desktop” in the name text box for the shortcut.

Step 6: Click the “OK” button to add the shortcut to the desktop.

Now there should be a Show Desktop shortcut on your desktop like the one shown directly below. That shortcut will have a File Explorer icon by default. You can change that icon as outlined within Part 2. 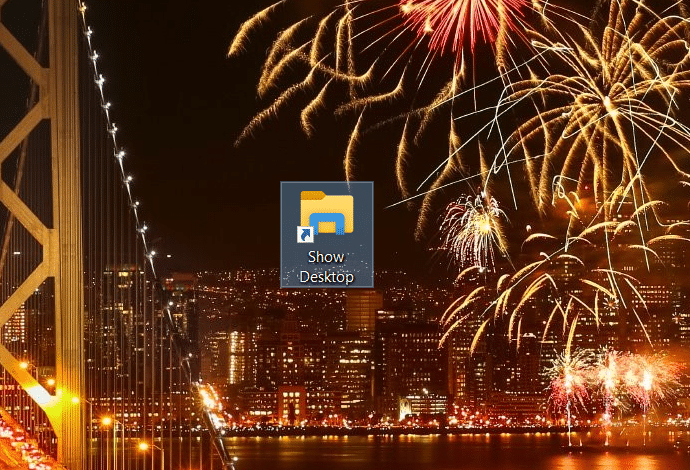 You can also assign a custom hotkey for the Show Desktop button. To do that, right-click the Show Desktop button and select the “Properties” option. Then click in the Shortcut key box shown directly below and press a keyboard key. Doing so will assign a Ctrl + Alt hotkey to the shortcut. For example, pressing D will assign a Ctrl + Alt + D hotkey to the shortcut. Press the “Apply” and “OK” buttons to save the new hotkey. After that, you can press your hotkey to view the desktop, which is a handy shortcut. 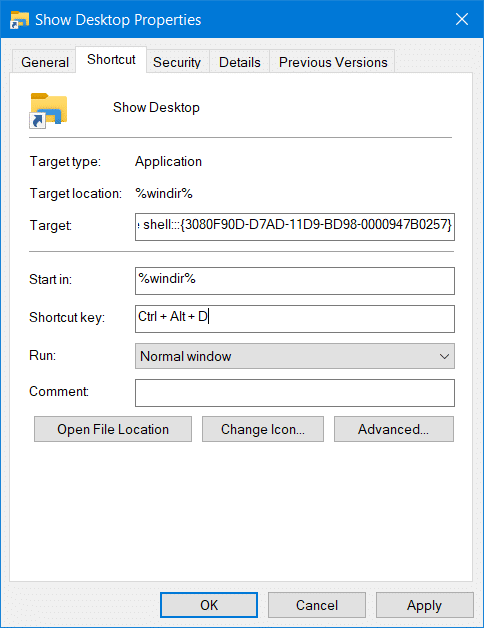 Step 3: Then select the XP icon for the Show Desktop button shown directly below.

Step 4: Click the “OK” button on the Change Icon window.

Step 6: Select the “OK” option. Now your Show Desktop shortcut will look just like the Windows XP one, as in the screenshot directly below.

However, you don’t have to utilize XP’s original Show Desktop icon. Instead, you can find and download a multitude of visually appealing icon designs from websites. Check out the IconArchive site, which includes hundreds of thousands of freely available icons for Windows.

Part 3: Add the Show Desktop Icon to Taskbar on Windows 10

Step 1: Now, you might wonder how do I get the Desktop icon on the taskbar? All you need to do is left-click the Show Desktop icon, hold the left mouse button, and drag it onto the taskbar.

Step 2: Release the left mouse button when you see a Pin to taskbar tooltip. Then the Show Desktop shortcut will be on your taskbar, as shown in the screenshot directly below.

Step 3: Alternatively, you can right-click the Show Desktop button on the desktop and select a “Pin to taskbar” option.

Step 4: After that, you can change the position of the Show Desktop icon by left-clicking that button and dragging it further left on the taskbar.

Step 5: You can remove the Show Desktop button on the desktop by right-clicking it and selecting Delete. 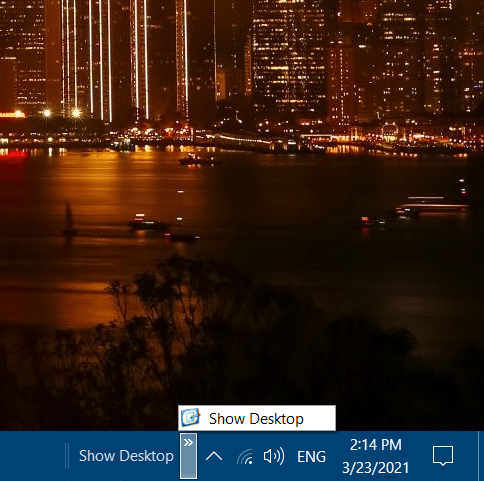 You can make the Quick Launch bar look more like the original XP one by removing the title and text from it. To do that, right-click the QL bar and deselect the ticked “Show Title” and “Show Text” options. Then the Quick Launch bar will show just a small Show Desktop button.

So, that’s how you can add a Windows 10 Show Desktop icon to your taskbar that’s just the same as the XP one some users prefer. Then you can click that XP style button on your taskbar to quickly minimize all windows for desktop access. The Quick Launch bar is also an original XP taskbar feature that some users might like to restore with a Show Desktop shortcut included in it.